A downloadable tool for Windows

Mac and Linux ports are in the works. For now you can use Wine to get it to run.

I cannot ensure that your tablet will work with the software.

If you'd like to help me develop Clipnote studio, you can buy a $5 Clipnote license which gives you access to custom themes and a fancy little supporter badge on the main menu. The license is just for people who want to donate to the project and get a little something out of it, none of the main features will be locked from you for not having the license. If you just want to donate to me directly, I have a Ko-fi page if that's more your thing.

You can use Paperclip, a utility created by Frog to export animations as .gif, .mp4, and .clip (Clipnotes file type for sharing)

Do you know how to delete notes?

GML doesnt allow for proper file deletion, so you currently have to go into the appdata folder and delete them manually

amazing project, just loved how it reminds me of flipnote in a different-great way

Hey, I’ve been using this and it’s really really cool, but in the trailer I saw that you can select objects and move/copy+paste them, and I can’t figure out how to do it

you can copy whole frames on the frame page with the C/P buttons, and you can move frames around with the arrow keys

undo is still in the works

what sound files does clipnote use? i have an mp3 i wanted to use but it doesnt show up when i want to select a sound

it uses .ogg i hope to add support for other formats, and recording audio directly in the software

This is surprisingly good! My expectations were pretty low but it's really good!

I'm really glad you liked it! I hope you stick around for the new c++ version which should be even better.

I've used the original flipnote on my 3ds, and it was pretty great. This looks amazing as well, if not better. Is there a mac version? If not, can you suggest any other animation software like this?

there's no mac version currently, there should be in the next update though, for now you can use wine to run clipnote on mac

this is super cool, but when i draw the line doesn’t start until a little after i put my pen on the tablet. is this something youve seen before or is it on my end

is there any way to zoom? i find difficult to animate without zooming to make more accurate the frames

there will be in the next big update

does it always do that? it might be an issue with my old input buffer code. im working to fix that though

Yeah it keeps doing it.
I just booted it up to see if it was a one time thing but no :l

very cool but, Why does it auto-closes when we try to discord screen share it?

lolwot, that shouldnt happen. i have no idea

i see that the license file is in a different page, but you can set different files with prices...

doing that is obnoxious on my end for a lot of reasons.

Is there an undo hotkey?

no but there should be in the next few updates

Oh this is still in development? :O That's cool! I was thinking of using it for videos if it had a few more features. Any idea yet when that next update will be coming around?

not totally sure, development has been pretty slow lately, but im getting reduced hours at work so i have more time for this. hopefully it wont be too long before i can release something

Oh wow this looks good! Great job at capturing the nostalgia and capturing what made it so fun. 😊

why does it say its a virus is it a virus?

lmao no, windows is just stupid and thinks everything it doesn't recognize is a virus

im so glad i found this, ive been looking for a flipnote clone for years omgggggg. thanks for taking the time to make this, its truly a blessing ahh. so nostalgic!!

this is everything i ever wanted.. thank you from the bottom of my heart

excuse me, i was wondering how to import sound? i can't really animate without sound.

there's a tab for sound in the menu, you have to use .ogg format audio, and currently there's no indication that it's imported, so you'll just have to add a bunch of frames and click play to make sure it's imported, this will be smoothed out in the future

i saw this and it made me cry, i remember all the good memories i forgot i had. Thank you so much <3

Hello, I'm having trouble regarding paperclip. Whenever I convert my clipnotes to mp4, it gets rid of all of the colors and makes it in grayscale for some reason ? Do you have any idea why this is ? D:

Hey there, this is the wrong game page to ask for this type of support on. I presume you are trying to convert clipnotes to mp4 using paperclip? If so, please visit the game page for paperclip by meatsphere and post your support request in the comments section there. The link to that page is: https://meatsphere.itch.io/paperclip

Can this be used on an iPad?

not currently, porting to Adroid is way more likely than IOS though.

You could probably use Duet, EasyCanvas, or XSplit for iPad.

I would like to support you with a small donation but I don't have a way to give it to you ... I love the project

how do i draw? i'm trying to, but it isn't working.

you have to close the menu first, the hotkey is tab and there should be a button in the top left corner

is it comptible with pen tablets? let's say wacom for example

it doesn't have pressure sensitivity, but most tablets should work since they're basically mice. you might have some trouble with window's ink though.

pressure sensitivity is planned, but opacity wont be added.

is there gonna be a colour wheel or just basic colours you can select?

only the flipnote color scheme is supported,  I have no current plans to add more colors

Is there a chance that Clipnote studio coming out on mac? Cause all I have is a Macbook and I really want to download this cause I love animating and the style flipnote is very cool.

mac and Linux ports are in the works. for now you can use wine to run the windows version on mac

How are things going, lad?

hey! i dont know how to download my clipnote can i get a little help? ;w; my import and download button are being weird and not working---

download and import are for downloading and importing other people's clipnotes. all your clips are stored in the appdata folder

I don't know how to save the drawings and clips, please help

there's a save button in the bottom right corner, all clips are saved in your app data folder

I have been looking for just this kinda thing for so long, thank you! Also is there a how to on the paperclip program? It's giving me some trouble where it will close itself when I try to select a data file.

Thank you very much, i am very pleased to have found your program and cant wait to use it with my drawing pad.

(all i've had so far is tubitube)

I love the idea of a flipnote-like program, but I do have some constructive criticism if you're open to it

1-While trying to draw, I found it a little tedious (for lack of a better word) to switch from the tool menu to the actual drawing pad. It would be a lot easier if there were shortcuts on the drawing screen for each tool. Like having a pencil icon that expands to a bunch of options for the pencil tool. As well as putting the page switch option onto the draw screen as well. It doesn't seem to take up much room, so I don't think it would be in the way.

2-A tutorial. Or a how-to section. Because I would not be surprised if it turns out all these things are options and I just couldn't figure out how to do any of it. It just seems a little confusing to use without some instruction

3-And as a previous comment said, some undo-redo shortcut buttons. That was one of the most useful functions on the ds version, and I could really see it coming in handy here

All in all though, for an early version, this is really cool! I'm really, really excited to see what you can do with this! And I really hope none of my comments came off as rude, I genuinely only mean this as constructive criticism

Thanks for making this!!

there should be a quick tools menu, i think theyre bound to W E and D but i cant remember, in the unreleased 1.2.0 version they were all just one hotkey, currently all these features are planned for the 2.0 version that is still in development so stay tuned for that!

yo i just found this! i remember making so many old flipnotes on my dsi back in the day. man this brings back memories. im gonna download it and give it a shot!

is there an undo/redo hotkey?

Randomly here to report a issue!

I installed the latest version that was provided, but windows defender thinks it's malicious. is there any way to fix it? cause ima use an older version then >H>

this is just a windows problem, clipnote isn't a commonly used or big application so windows sees it as sketchy, I'm not totally sure how to fix it since I use Linux now, but I'm sure someone in the clipnote discord could help you more.

Could you make a linux version please?

a new version is being worked on in a new language so it should get Linux support natively then, for now you can use wine though. as a Linux user,getting a Linux port is on my list if priorities for sure.

Thanks for the reply and for the effort!! 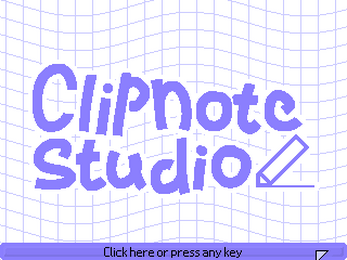 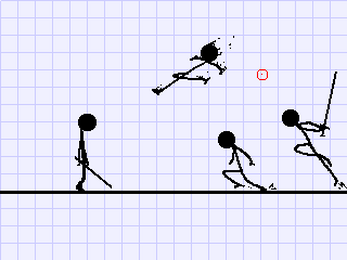 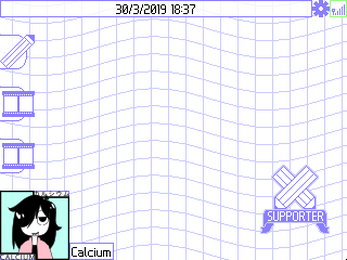 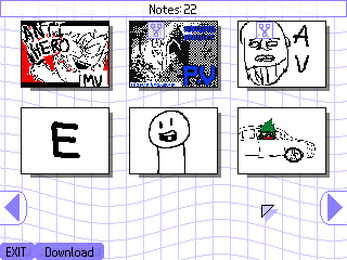 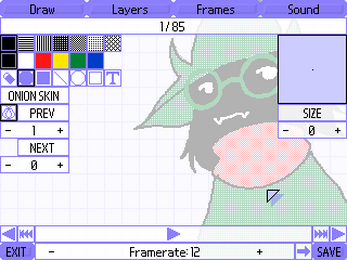 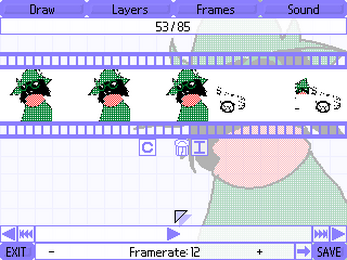 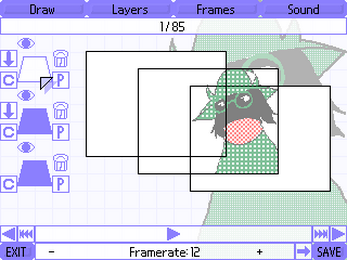 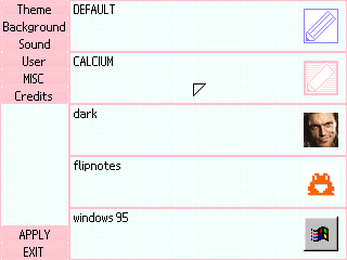 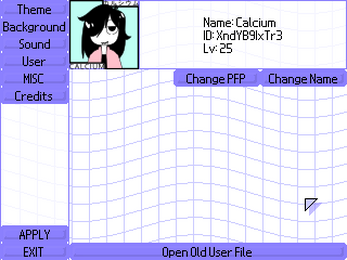